A Celiac Moves to Israel- My Journey to Making Aliyah, Part 1 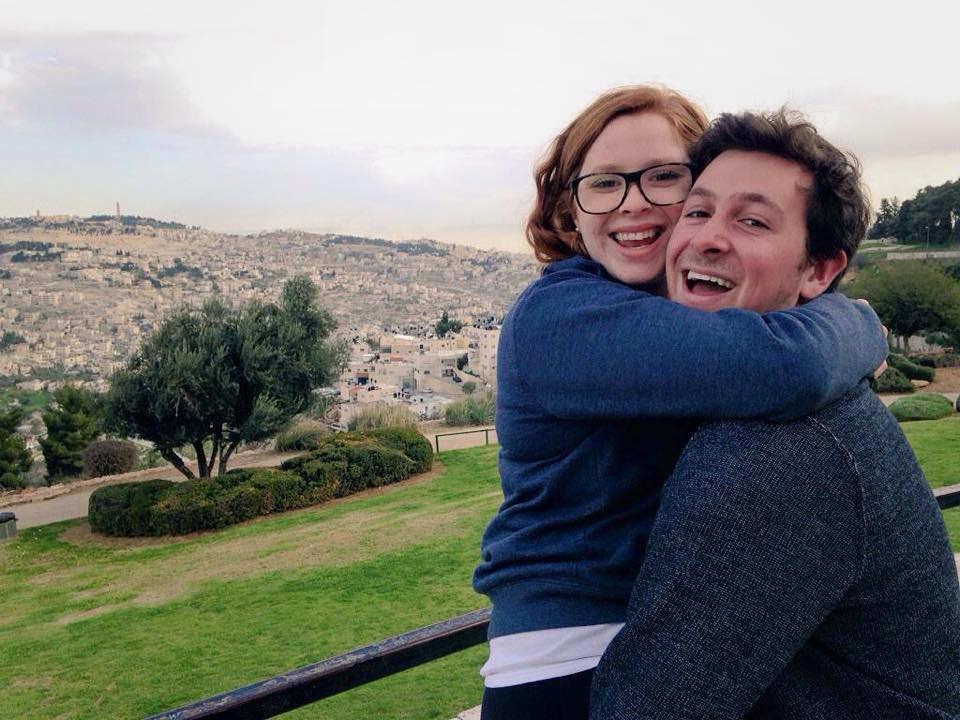 I am sitting in my backyard under lockdown writing this post and honestly I’m a little shocked with how long it has taken me to put this on paper… well, online I mean. Making Aliyah has been a crazy whirlwind experience and I couldn’t imagine living anywhere else!

I officially made Aliyah in August of 2018 but…. I think it’s important we start at the VERY beginning of this story.

Growing up, Israel was not really a place I ever dreamed of visiting. I was raised in a very culturally Jewish, Reform household. We spent our vacations traveling around America rather than abroad. No one in my immediate or even distant family had ever been to Israel and it wasn’t a place we planned on going either. It wasn’t until I was on staff at summer camp and began to build close relationships with Israelis that I decided I wanted to go.

In December of 2014, I boarded a plane with my brother and some of my amazing camp friends for my first trip to Israel through Birthright. Birthright, for anyone who doesn’t know, is an organization that subsidizes trips to Israel for Jewish young adults between the ages of 18-32. It is a common school break activity for Jewish college students. There are tons of different niche trip options including yoga, hiking, cooking, and more. I chose to go with my summer camp which had paired up with another similar camp to make a bus. We were 40 something people all together and we spent 10 days exploring Israel.

While I loved my Birthright trip and had the time of my life, I wasn’t IN LOVE with Israel when I came home. My trip was enjoyable, but I didn’t have that immediate spiritual connection to the land that I had been expecting. I had seen so many others come back from Birthright with a new take on the world and a deep connection to the people of Israel but that was not my experience. I did not cry at the Western Wall, I was not obsessed with Marzipan rugelach (mostly because I was allergic to them), and I didn’t feel the need to run and sign up for the IDF. Overall, I was underwhelmed. And at the same time, I knew I needed to go back. I needed to spend more time connecting to this place that was supposed to feel like home.

Fast forward two years and I am thinking about where to go abroad during my junior year of college. I heard about an incredible new program called The Nachshon Project which was bringing summer camp counselors to Israel for the semester to help them become future Jewish leaders. As an aspiring Rabbi (at the time), it sounded like the dream!

After a pretty stressful interview process, I was lucky enough to be one of 21 students to be selected for the fellowship that spring. Additionally, I am thankful to have received a helpful grant from Masa Israel which together with he grant from Nachshon made studying abroad a possibility for me. (if you’re looking to come to Israel, check out their programs! So, in January of 2016 I packed my bags for a 5 month journey in the Holy Land.

My first stop, visiting my Israeli camp boyfriend from the summer before who picked me up at the airport. For the next few days I explored Tel Aviv like an Israeli before heading to a small kibbutz outside the city for my program orientation. At this point I was already warming up to Israel and was giddy with anticipation of what was to come.

As a foodie back in Charleston (my original insta is @charlestonbites) I decided to create @theisraelbites as a way to capture my journey! The original name was actually israelightsandbites. During my semester in Israel I documented everything I ate (including all the gluten because I was a horrible celiac at the time!) Little did I know that my small study abroad insta would soon become such a huge part of my life.

Please enjoy one of my first photos on @theisraelbites, shakshuka over hummus made by said boy mentioned above. It was not good. I stand by my opinion that hummus and shakshuka do not pair well!

During my semester studying abroad at Hebrew University in Jerusalem I made some of the best friends I have ever had. I explored Israel in a real and nuanced way unlike my Birthright trip which, because it was limited to only 10 days, had been extremely surface level. While doing this, I fell in love with the upfront nature of Israelis and the emphasis on family and travel. I became a master shakshuka maker and had already scoped out many of the best restaurants in the country (in my opinion.) After 5 months in Israel I had changed both physically and emotionally. Physically I had happily gained a solid 15 lbs from all of the over the top Shabbat meals I had been eating and emotionally I was on a different plane. I was becoming more and more observant of Jewish law and I had a newfound hunger to be a part of Jewish communal life.

I returned home from my trip and the reverse culture shock was real. I wasn’t connecting with people I had been so close to before my trip and suddenly Hillel Shabbat dinners before going out to a party just wasn’t cutting it. After realized that I needed more, I signed up for an intensive Talmud study program during my winter break, partially to learn and partially to be back in Israel. I came for my third trip to Israel in 3 years in the winter of 2016 and spent 2 weeks studying at the Conservative Yeshiva in Jerusalem and 1 week visiting friends. While studying I met my dear teacher and friend, Yiscah Smith, who taught me to look at Judaism in a whole new light. On that trip I decided to start keeping Shabbat during my first class with her.

Step Four: The Year I Didn’t Realize Was A Test Year

Also while at the Yeshiva, I was offered a year long fellowship to return to Israel after graduation and study Talmud. It was on offer I couldn’t resist so after graduation and camp I said “see ya later South Carolina” and I embarked on a year long adventure that changed my life in ways I never could have expected. At this point I had been fully keeping Shabbat for a while and when I moved to Israel I immediately jumped into Jewish communities near where I lived.

I fell head over heels in love with the way the entire city shut down for Shabbat and holidays. For the first time in my life, the things that made me so weird in South Carolina were seen as totally normal. Having grown up in a small town with nearly no other Jews, I had been missing and dreaming of that feeling of acceptance for most of my life. Within three months of living in Israel, I knew that I couldn’t leave. I logged onto the Nefesh B’Nefesh website one day after a particularly moving conversation with one of my Rabbi’s (shout out to you Rav Shoshana) and I filled out the application to become an Israeli citizen…. and then I texted my parents a screenshot of the application.

My decision was not a shock to them. I am incredibly blessed that my family was supportive throughout my entire process of moving across the world. My mother, who had come to Israel for the first time while I was studying abroad, had been expecting it for a while. My parents had been planning to cme to visit me a few months for Pesach, my dad’s first time. There is a specific moment of the trip I will never forget. We were on the bus home from the Israel Museum and my mom looked at me and said, “If you ever decide you want to move home, that’s okay.” My dad, who is not Jewish and had never been to Israel prior to this trip, looked at her and said, “Don’t you see? She needs to be here. I’ve never seen her so happy.” It was at that moment that I knew I had made the right decision.

The summer before I made Aliyah I returned to the U.S. work at camp. After camp, I spent exactly two weeks at home packing up my entire life. This process included going through my childhood bedroom and donating over three huge boxes of clothes, shoes, and more to the local charity shop. I threw out what must have been two full trash bags if not more of old memories like birthday cards and notebooks that I couldn’t bring with me. All that was left at the end was two large suitcases full of everything I needed for my new life and one small box of things I was leaving at my parents house.

On August 28th, 2018 I hugged my parents tight and boarded an early morning flight from Charleston, SC to New York. Once in New York I met up with my Nefesh B’Nefesh group flight and we took off on our journey to our new home…. but that is a story for another time. TO BE CONTINUED. 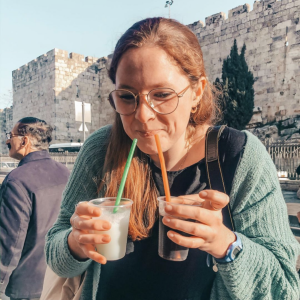 Hey y’all I’m Jazzie… I am a 20 something year old wanna be globetrotter with Celiac disease currently living in The Holy City.  After living between Jerusalem and South Carolina…

Just before getting shut into my apartment for a w

It took FIVE years in the Israel but I finally had

The weather today couldn’t figure out if it was